Are first-line defence drugs and biosimilars poles apart?… possibly not….. both allow more access to affordable drugs for more people. 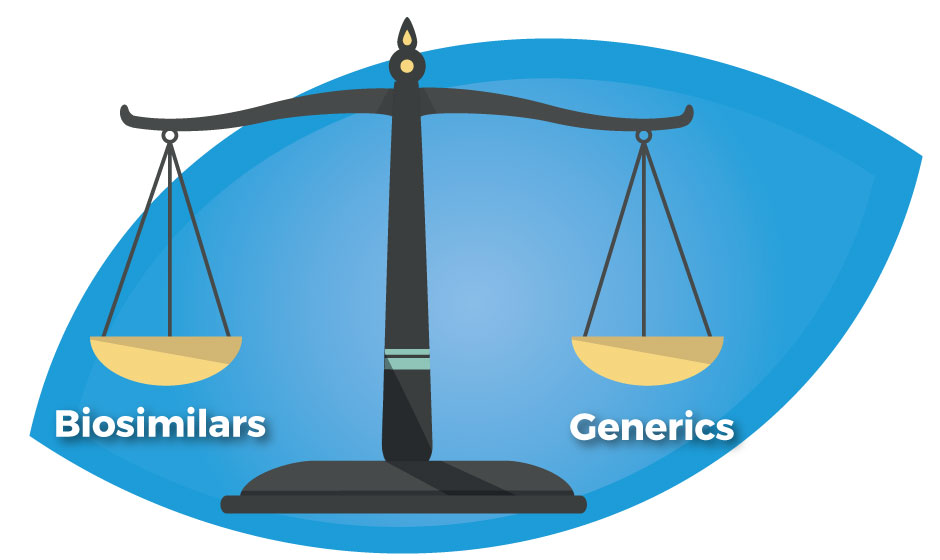 Sri Krishna is a business with many strengths born from its age and consistent prudent management. As the world starts to shake off the effects of the worst pandemic in living memory everybody is reminded how important the scientists in the pharma industry are. We applaud innovators like Astra Zeneca and its partnership with Oxford University in creating an affordable drug that can be distributed to everyone around the world.

At Sri Krishna, we have prided ourselves on producing first-line defence drugs. These are important every day in alleviating aches and pains. Relatively simple generic chemistry-based API’s used in umpteen finished dosage varieties.

You cannot close your eyes to change and even though we realise that producing these stalwart drugs is important we are also increasingly open to new opportunities in other growth areas of the pharma world.

Biology is the natural partner of chemistry. The drugs produced by innovator pharma need to be approved by governing bodies before they are given the approval to be released as a new drug for use by humans. The creation of innovator drugs is colossally expensive and they rightly require patent IP protection to recoup the outlay and provide capital for the next drugs in the pipeline. A growing trend is the production of niche biology drugs that target specific subsections of a therapeutic need. Of course the smaller the segment the less likely it is that the need and price will work out for so many needy patients. Put simply the drugs development costs make the drug too expensive for so many people worldwide.

The definition of a biosimilar development is when a drug has a structure that is similar to but not identical to a brand biologic drug. However, its therapeutic effect is identical to the biologic.

Biosimilars are not exact copies of existing patented drugs. This is why they are not the same as generic drugs.

They do share the following similarities with generic drugs:

Both are safe and effective as their brand name equivalents

Biologics are made from a biology (natural, yeast, bacteria or animal cells) source and acts in the same way as the original biologic, while a generic is an exact copy of a chemical-based brand.

The FDA often needs more information on a biologic because it comes from a natural source and it is not made in the same way. It takes a different path for compliance approval and this can be more expensive than the generic route.

Once approved a biosimilar needs to have special approval to be considered interchangeable with its brand name biologic drug, while a generic drug can be automatically substituted for its brand name generic.

Biologics and biosimilars come from complex living systems which can change. When we make first-line defence dugs we are using the same chemical API.

The big challenge of biosimilars is getting ‘INTERCHANGEABILITY’ with their biologic equivalent. The biosimilar has to go through costly clinical trials which are a safeguard against some rogue defect not detected in the changed production process. Having said this, the clinical trials of biosimilars can be faster than the original biologic.

The one benefit of biosimilars is that they might lead to lower drug costs.

Cancer is one of the areas where biosimilars are going to have a big effect in the coming years.

One of the key factors in the last forty-seven years has been our ability to create affordable drugs.

Even though biosimilars appear entirely out of the interest sphere of a generic first-line defence drug manufacturer. It should not be a surprise that our strengths in chemistry do not preclude us from having an overarching interest in the wider goal of delivering affordable drugs in the biosimilar area.

Indeed you might even think of other areas in addition to this area that Sri Krishna has a strategic interest in.

YOUNG AT FORTY-SEVEN..yes… and open to innovation.